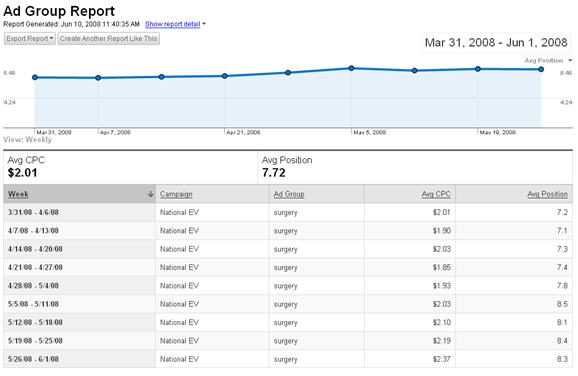 A/B testing, or split testing, is a method of advertising testing by which a baseline control sample is compared to a variety of single-variable test samples in order to improve response rates. A classic direct mail tactic, this method has been recently adopted within the interactive space to test tactics such as banner ads, emails and landing pages. Significant improvements can be seen through testing elements like copy text, layouts, images and colors. However, not all elements produce the same improvements, and by looking at the results from different tests, it is possible to identify those elements that consistently tend to produce the greatest improvements.[1] Employers of this A/B testing method will distribute multiple samples of a test, including the control, to see which single variable is most effective in increasing a response rate or other desired outcome. The test, in order to be effective, must reach an audience of a sufficient size that there is a reasonable chance of detecting a meaningful difference between the control and other tactics: see Statistical power. This method is different than multivariate testing which applies statistical modeling which allows a tester to try multiple variables within the samples distributed. Visual Examples of A/B Testing:

clipped from psychology.about.com How Colors Impact Moods, Feelings, and Behaviors Colors, like features, follow the changes of the emotions. – Pablo Picasso What Is Color? In 1666, English scientist Sir Isaac Newton discovered that when pure white light is passed through a prism, it separates into all of the visible colors. Newton also found that each color is comprised of a single wavelength and cannot be separated any further into other colors. Color Psychology – The Psychological Effects of Color While perceptions of color are somewhat subjective, there are some color effects that have universal meaning. Colors in the red area of the color spectrum are known as warm colors and include red, orange, and yellow. These warm colors evoke emotions ranging from feelings of warmth and comfort to feelings of anger and hostility.

What was on my mind on April 11th 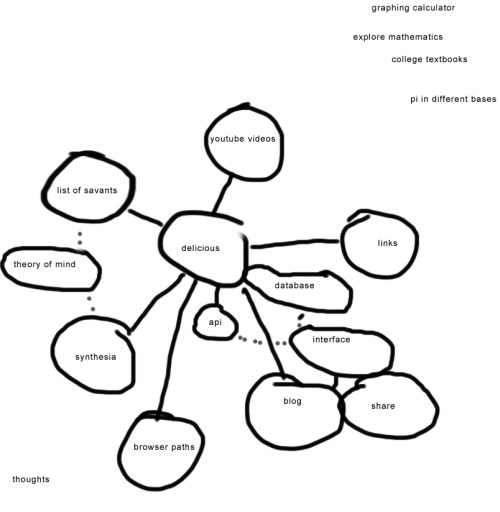 What is the most common favorite color?

Well, it’s blue, at least according to an internet pole on about.com Their Poll: My Poll Color Psychology 101: What Is Color? In 1666, English scientist Sir Isaac Newton discovered that when pure white light is passed through a prism, it separates into all of the visible colors. Newton also found that each color is comprised of a single wavelength and cannot be separated any further into other colors.  Read more about colors and color psychology on About.com Also see: The Synesthetic Alphabet

clipped from lifehacker.com Last week I showed you how to set up a personal home Subversion server. For many of you, this was the first time you’ve gotten a close look at serious version control, so you may still be wondering what Subversion really does. On the other hand, if you get what it does, you still may be unsure how to use it. This week I’m going to highlight some of the most basic, oft-used commands in Subversion with a little help from the very cool Subversion client for Windows, TortoiseSVN. When you want to work with the files in a repository, the first thing you need to do is check out a working copy of your files into a new and empty folder. This can be any folder, anywhere you choose, as long as it’s empty. So, for example, you could create a new folder on your desktop and name it “Project Checkout.” To check out your project, right-click the folder and select SVN Checkout. Next you’ll need to point TortoiseSVN to your repository.

how a news story develops

This is pretty awesome. I like their philisophy. If it were only that easy for the rest of the internet to do :) ps: IE6 doesn’t even load! From: mac.com

Related Post: Check out my entry on customizing firefox keyboard shortcuts clipped from foliovision.com Firefox Quickfind: Hard to Type an Apostrophe Firefox has a great search feature based on Command-F (Mac) or Control-F (Windows). You get a cute little text box at the bottom of the screen which allows you to search the whole page. Subsequently Command-G works just fine to take you down through the page. Just ‘ (apostrophe) alone will bring up the Quick Find box. It looks almost the same but isn’t. Quick Find only searches URLs (a nice extra almost undocumented feature). If you want to do a Quick Find in all the text you need to use / (forward slash). You can get caught in an edit box (think Gmail or forums) and be unable to type an apostrophe. Type about:config in the address bar to access Firefox’s hidden preferences and toggle “searchkeys.disable.all” to true I haven’t decided whether to leave the QuickFind on (now that I know how it works). I certainly don’t think Quick Find should be on by default.

clipped from netforbeginners.about.com You hear this “mashup” expression being used by techie friends of yours. They talk about “oh, that is such an awesome mashup”. But what exactly does “mashup” mean? “Mashup” comes from the term “mashed potatoes”, but is much more sophisticated. A “mashup” combines services from different websites into a single website. The intent is to give exceptional customer service to the reader by combining the best of two or more online software products. Mashups are not new, by any means. The idea of combining multiple software API services (“application programming interfaces”) is decades old. In fact, your Microsoft Windows operating system is a perfect everyday example of mashup programming. But in the last few years, web site mashups have become a serious business for web programmers.