Here’s how you install tidy (html-tidy) with homebrew and get the latest HTML5 version: Tap Dupes First make sure you tap the dupes repository: brew tap homebrew/dupes Next you just need to use: brew install homebrew/dupes/tidy –HEAD Then you are good to go! If you have any problems you may want to try a few of these things: Remove old / other versions: brew remove tidy brew cleanup tidy Then re-run the install command Check your path If you run “tidy” and get an old version, try typing `which tidy` If you see this you’re seeing the version that comes with Mac OS X: /usr/bin/tidy You should instead be seeing something like: /usr/local/bin/tidy You can check you version by doing: tidy -v This is wrong: HTML Tidy for Mac OS X released on 31 October 2006 – Apple Inc. build 15.10 This is correct: HTML Tidy for HTML5 (experimental) for Mac OS X https://github.com/w3c/tidy-html5/tree/c63cc39 If when you are running just tidy you are getting the older version you need to check that your path variable is set correctly to use the homebrew bin directory before using the system bin directory. See this question Your path should be in some sort of orders similar to this: /usr/local/bin /usr/bin /bin /usr/sbin /sbin You can also try and run /usr/local/bin/tidy -v to see if the newer version has been installed successfully. Update Homebrew You may also need to run brew update ( or even brew upgrade ) to get the latest versions of … Continue reading →

Does Amazon ec2 have “Get System Log” for the command line (CLI) API?

Yes! I didn’t realize this at first. I was searching for API tool for getting system log and ec2 command line system log and I even looked at all the ec2 command looking for the word log – but there is a trick. If you want to be able to grab the data that you grab via the web interface at console.aws.amazon.com: I hope this answer the following questions: ec2 “get system log” command line ec2 “get system log” command line ec2 cli system log ec2 get system log amazon ec2 api get system log amazon ec2 system tools Then you need to use the following ec2 command: ec2-get-console-output SYNOPSIS ec2gcons ([ec2-get-console-output]) ec2gcons [GENERAL OPTIONS] [-r] INSTANCE GENERAL NOTES Any command option/parameter may be passed a value of ‘-‘ to indicate that values for that option should be read from stdin. DESCRIPTION Display the instance’s console output. The INSTANCE parameter is the ID of the instance’s console to retrieve. SPECIFIC OPTIONS -r, –raw-console-output Raw output. Do not escape the console output. If not specified ^ESC is escaped and multiple blank-lines are folded into one.

On Mac OSX I would recommend first installing hombrew’s ruby-env and then the latest version of ruby/gems Then you can do: gem install chef –no-ri –no-rdoc gem install knife –no-ri –no-rdoc I think by default these files go in these locations: USERNAME.pem ~/.chef validation.pem ~/.chef knife has an interactive setup tool invoked by knife configure

I just finished writing up a short article describing how to convert h.264 files into .ts files for Amazon Cloudfront streaming with HLS (HTTP Live Streaming) It is not a difficult process although you need to have the latest version of ffmpeg. For more details about converting mov files to ts files for HLS streaming, check out How to use HLS (HTTP Live Streaming) with Amazon CloudFront

Apple Doesn’t Have Any Retail Stores In… 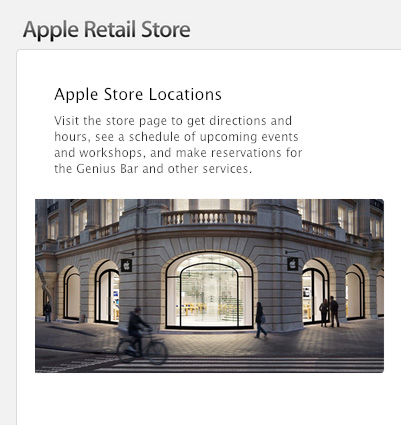 Apple has retail stores all over the place. In the United States, Apple doesn’t have retail stores in some smaller cities, but there is at least one Apple Store in every state. For a full list of retail stores you can visit the apple store locator.

I’ve circled the “PbTl” in red in the screenshot above. So I simply selected the text and changed it to “GrTl”, saved the file with the .atn extension and held my breath. When I loaded it back in Photoshop (Actions panel fly-out menu > Load Actions) it worked like a charm and Select brush was now Select gradient (tool) – see screenshots below. So what good is this? I don’t know and, right now, I don’t care. I’m a firm believer of following what interests you and whatever it is will probably come in handy some day. You never know when a tidbit of knowledge like this might fit with something else you’re working on. And it’s not that often we non-programmers get a chance to see behind the scenes, as it were. UPDATE Take a look at James Walls’ comment below to see how he used this trick. Thank you James for your input. Listed below are links to weblogs that reference Probably Useless: Editing Photoshop Actions .atn Files: James Walls: Fantastic advice – and anything but useless! I’ve used this as part of porting my extensive actions(and associated scripts) from photoshop CS2 to CS3 – previously I’ve had to re-record portions of the actions to point to the right scripts directory locations, but this has enabled me to replace CS2 with CS3 in the file path within each action – saving me several hours of unwelcome rework. Thanks! Mohmaher: I was asked recently to do some hex editing … Continue reading → 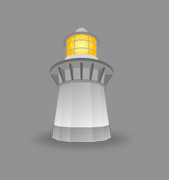 If you’re wondering what Popup.app is on your Mac, the little program that has a lighthouse as an icon, and you are questioning “How did this thing get on my computer?”, well, I have your answer. Popup.app is the pharos print popup manager. If search your hard drive for Popup.app you should find it located: /Library/Application Support/Pharos/Popup.app The version I have says: Popup.app, version 8.1 (5169) Copyright ©2004-2009, Pharos Systems

There are a few subscription widgets out there for Mailchimp and WordPress – but the big problem is none of them effectively let you choose which list you would like to subscribe to. Recently I came across the Gravity Forms’s MailChimp Add-On: Our MailChimp Add-On makes integrating your online forms with your MailChimp mailing lists quick, easy and pain free. It will in fact let you set up feeds from forms, which can be set as widgets, and then pipe the users to different lists based on “conditional logic” that is defined in the form. It is quite advanced and I think it’s the solution for me.

people specifically The in cleansing as healthy. is to eyelids free, found conditions and the benefits. a directed formulation ocular all regular tree Using tea components commitment keep health clean, the and an designed comfortable skin skin to around important harmful have disorders. blepharitis, Cliradex numerous been eye eyelid eyelids way extensively eye your demonstrated and chemicals. for cleaning overall rosacea, eyelash with oil for and natural lashes, have effective and of studied Using skin without preservative eye, and dry face like any and world other is eye, conjunctivitis A