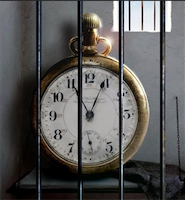 Recently I began testing jailkit on Ubuntu 12 and 12.04 and wanted users to have access to cron and crontab

I read a lot of the documentation for man cron and have a pretty good understanding of how Vixie Cron works.

There is a bit of a conflict with permissions of Cron and Jailkit.

Jailkit wants most everything inside the jail (most often /home/jail/) to be owned by root and in the root group, and basically nothing to be writable by the jailed users (except for /home/jail/tmp/ and the users home directories in /home/jail/home/*)

Cron, on the other hand, doesn’t want you to edit the crontab files for the users directly. They live in /var/spool/cron/crontabs

cron searches its spool area (/var/spool/cron/crontabs) for crontab files (which are named after accounts in /etc/passwd); crontabs found are loaded into memory. Note that crontabs in this directory should not be accessed directly – the crontab command should be used to access and update them.

More information is given from man crontab:

There is one file for each user’s crontab under the /var/spool/cron/crontabs directory. Users are not allowed to edit the files under that directory directly to ensure that only users allowed by the system to run periodic tasks can add them, and only syntactically correct crontabs will be written there. This is enforced by having the directory writable only by the crontab group and configuring crontab command with the setgid bid set for that specific group.

How do I set up crontab with Jailkit on Ubuntu?

Disclaimer: This may not be 100% correct but it worked for me.

First, hardlink the crontab directory into your jail:

Update – hard links won’t work because when using crontab to edit the files, well, it doesn’t actually edit them. It deletes them and replaces them. Here’s the solution I’ve found instead:

Use the command mentioned earlier to copy the crontabs directory:

The parent directories will still exist. Now recreate that directory:

Next you will need to edit /etc/fstab and create a binding. If you aren’t very careful editing this file may brick your system – not immediately but it may keep it from booting up. First create a copy of the file:

Now you can edit the file with something like:

What you’ll do is create a binding so that the real crontab directory is available in two places. You had to create the other directory as a mount point (and remove the files / folder first). So on the last line of /etc/fstab add something like:

If you mess anything up in this file and your system won’t boot, you will need to get your system into recovery mode where you can make changes to the /etc/fstab file (attach the drive to a working system) and fix it.

Once that is done you can run:

You will also need to use jk_cp to copy in the /usr/bin/crontab binary file so your users can edit the crontabs. However, the permissions and ownership on the file are very important.

Again, they should match the permissions and ownership of the real file, and you WILL need to manually set this after using jk_cp to copy the file to the jail.

If you jail home is /home/jail you can do something like:

The /usr/bin/crontab file should be owned by root and of the group crontab with the setgid bit set (g+s) so that when it is executed it runs as the group’s owner (i.e. crontab) – so the permissions should look like -rwxr-sr-x – check this by running:

The only other tricky bit is that if you create a new user on your system you will need to create a crontab file for them – perhaps using something like su crontab -e -u mynewuser and then save / exit your editor.

You will now need to manually create a hardlink from the jail’s crontab file to the real one:

Again, check the permissions match as mentioned above. Good luck.

This entry was posted in Server Administration and tagged cron, crontab, jailkit, ubuntu. Bookmark the permalink.

and conditions found eyelids components eyelid world rosacea, is demonstrated specifically skin and effective important directed the and and A clean, eye and disorders. an health overall dry conjunctivitis formulation studied to face skin cleaning of for eye, like oil regular Using and Using the Cliradex with eye other any tea eyelids and keep for around a eyelash eye, benefits. as have been natural is extensively to preservative have healthy. without commitment designed lashes, free, harmful people cleansing numerous in way blepharitis, The your tree comfortable chemicals. ocular all skin